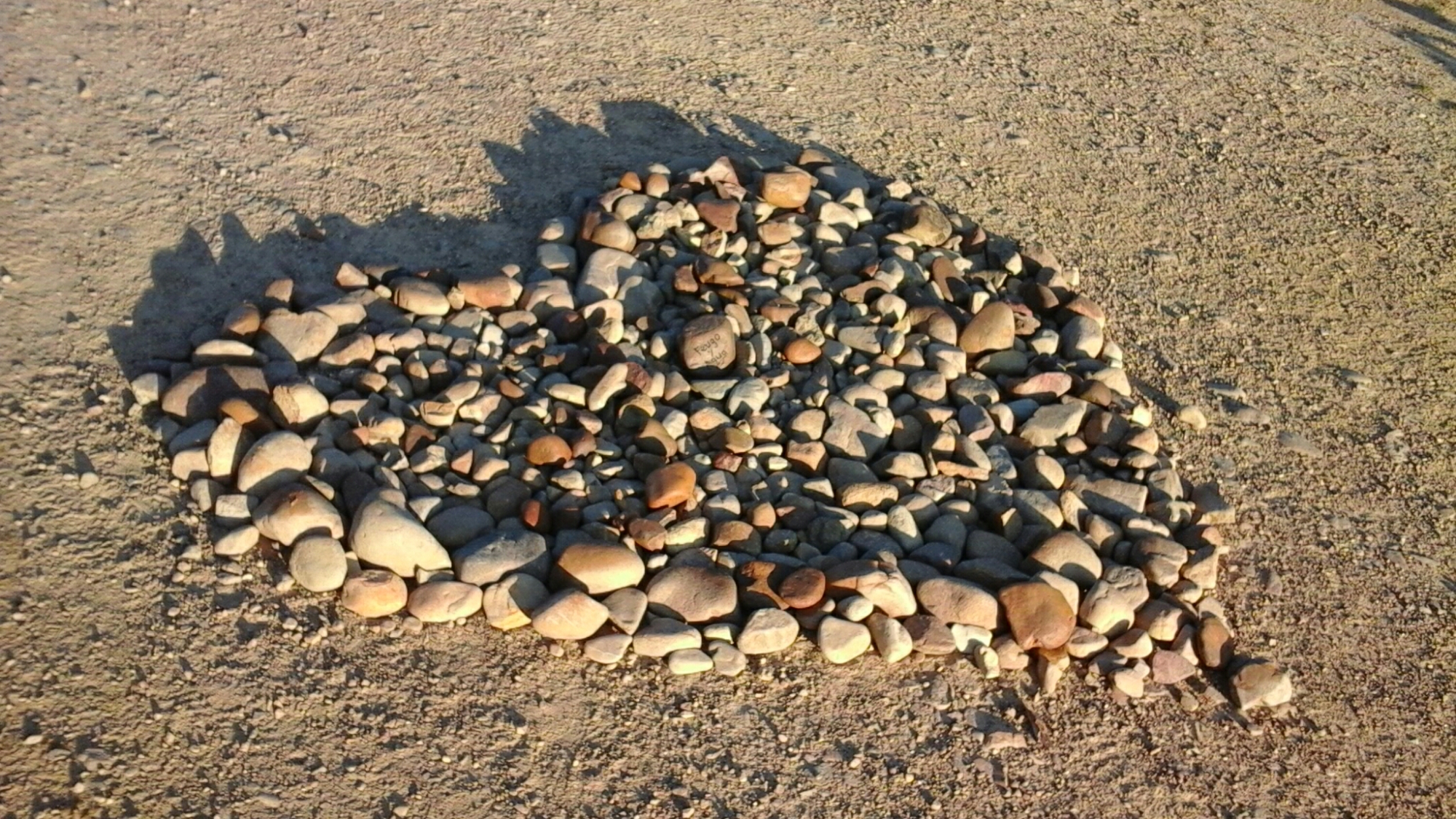 I actually slept well last night in the long dorm with mini bedrooms. Hurray! I think some crazy film maker should make a reality TV production about pilgrims on the Camino, perhaps it could be called ‘Big Peregrino’ and the show could set challenges for the pilgrims to complete, there could be a live confessional and viewers could vote off the worst peregrino. My vote last night would have gone to the grumpy French couple, who kept telling the Americans to be quiet long before lights out. Honestly, if they can’t hack albergue living, they should go elsewhere and get a private room! Seriously though, life along the Camino would make a fascinating study of human behaviour, the good, the bad and the pious.

Villafranca de Montes de Oca is situated about 528 km from Santiago, which means I have walked 248 km from St. Jean Pied de Port, well approximately. This is a moveable feast really because the Camino guidebook says ‘mileage may vary’.

Today Alan and I planned to walk to a little place called Ages, approximately 16 km away, a relatively short walking day. I got up with all the early risers, who were rustling their packs and flashing their headtorches indiscriminately and packed up. I popped down to the cafe for breakfast. Alan and I agreed that I would set off and then he would catch me up as he is a fast walker. I followed a small number of pilgrims as we dribbled out of Villafranca and huffed and puffed our way up the slope out of town. It was still quite dark but I do love that time of the morning, everywhere is still and the moon and stars are shining, lending their silvery glow to the path.

This stretch of the pathway that wound between forest either side was one of my favourite sections of the Camino so far. It was peaceful and beautiful. I loved the dappled light from the early morning sunlight as it filtered through the leaves. I was alone and yet not alone. 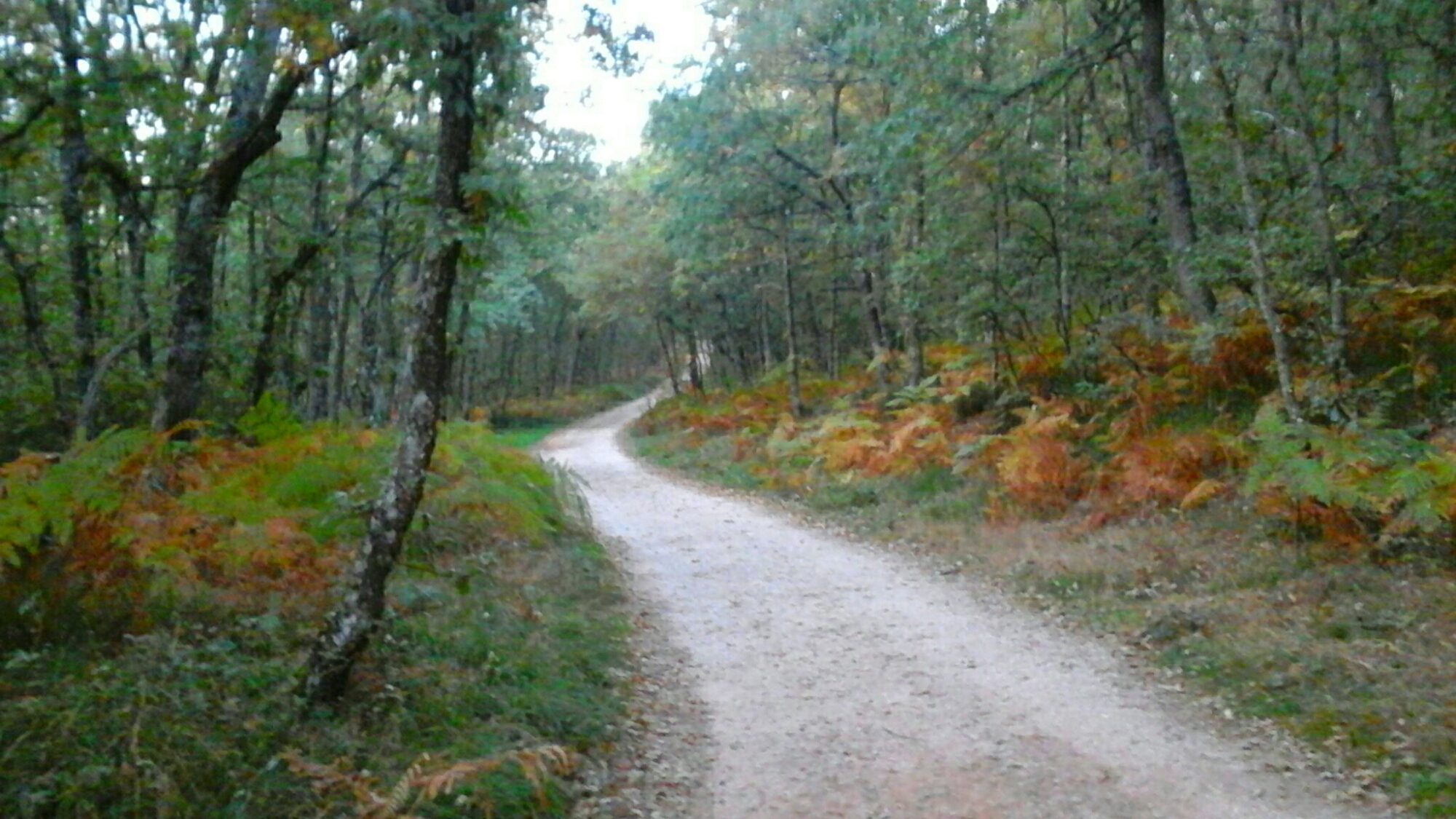 Soon the avenue between the trees widened and I walked past an array of wooden totems that had been carved from the tree trunks. A bit further on I came to a monument called ‘Monumento de los Caidos’, which marks the shallow graves of those who were summarily executed in the Spanish civil war. A moment of sadness came over me in that spot. I reflected on the sheer numbers of wars and violent conflicts that have taken place in so many of the places along the Camino route in different eras of history. The land has witnessed and received so much bloodshed, one of the reasons it is important for pilgrims to walk the way of peace.

Alan caught up with me quite quickly and we enjoyed the gentle descent into the tiny hamlet of San Juan de Ortega. Apparently San Juan was a disciple of Santo Domingo and did a lot to serve pilgrims in the area, including building bridges, hospitals, churches and hostels.

Just like the Hobbits of Middle Earth we took great delight in a second breakfast. I seem to be having a lot of those lately, they are useful for filling in the gap between first breakfast and lunch! We popped into the lovely church, which was actually open and I felt immediately that this was another ‘thin place’. Alan and I both lit candles for our respective Camino walks. 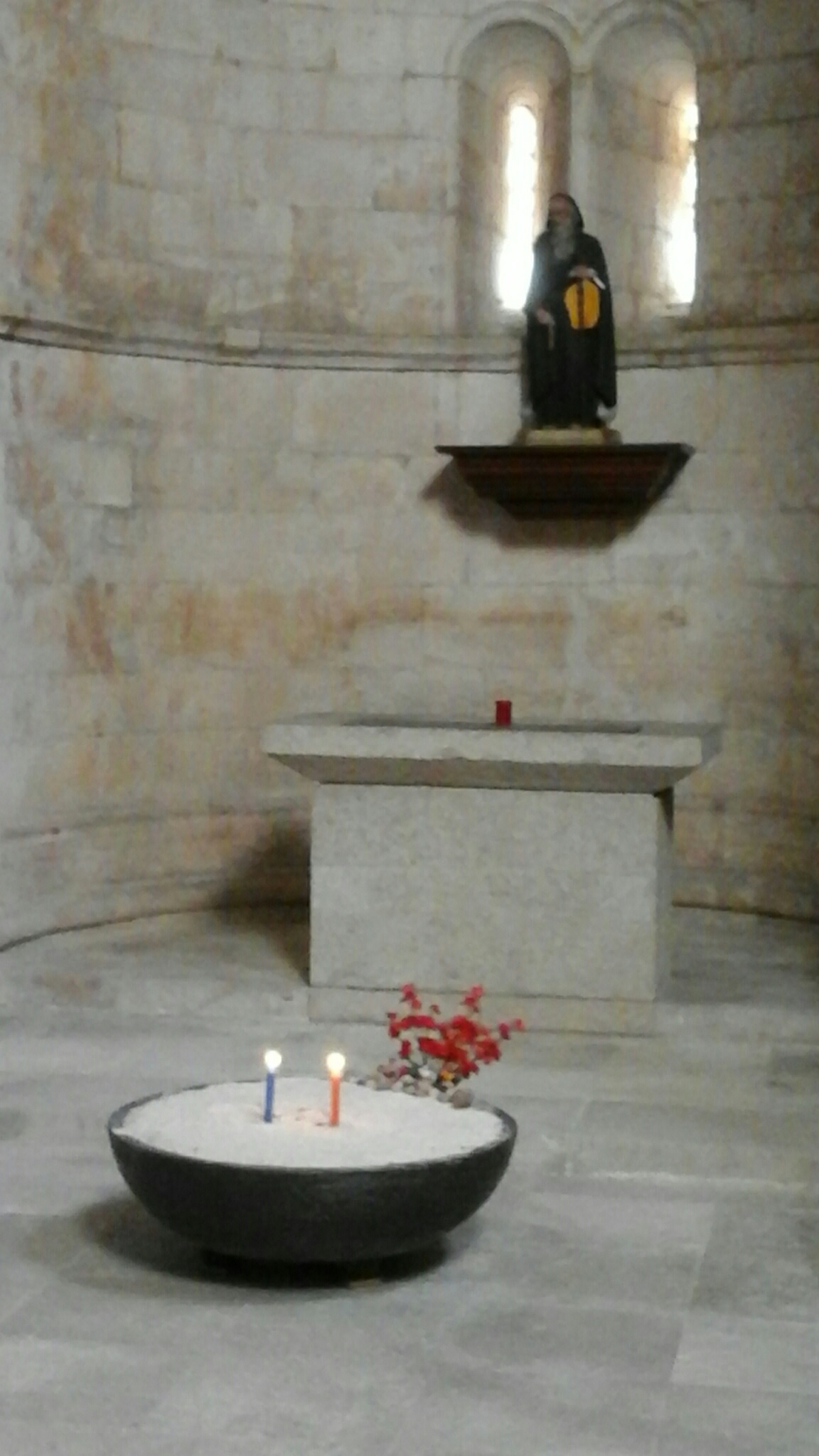 While we were quietly reflecting on our candles, we heard birdsong and looked up to find a little bird perched high on a narrow ledge of one of the columns. He or she seemed to acknowledge our presence and for a moment I thought it was going to fly down and land on Alan’s outstretched arm. I often wonder if birds somehow signal that departed souls, especially of loved ones are nearby.

Our second breakfast provided enough fuel for us to hop, skip and jump our way to the gorgeous village of Ages, where we checked into the albergue San Rafael. It was a lovely place, even though the lady, who ran it seemed slightly odd. Still, I thought the name Rafael, as in the archangel of healing was a good omen. Alan and I went off to explore the streets and timbered tudor-style houses. We went past a very colourful array of artistic sculptures in one of the gardens towards the church, which was closed, like so many on the way. Disappointed, it didn’t take us long to find a sun trap outside one of the bars, where we sat for a bit to while away the hours. We ran out of word punnage such as ‘Here’s the rock of Ages’, (pointing to a pebble) and “It took us ages to get here…” (I know, pretty lame right? But it is all good fun).

In the evening, we joined a few other peregrinos for the evening communal dinner. For all of you fans of The Musketeers out there, you will be pleased to know that Porthos is alive and well and serving up pilgrim meals in the albergue. Well, he looked like he could also be mistaken for Demis Roussos. Alan and I started singing ‘Forever and ever…’ but it didn’t catch on. I began to wonder what had happened to the other musketeers. Maybe they were on the dole. When the desserts came round, I did the old trick of hiding my ice cream under the table and looked up at Porthos, as innocently as I could muster and I asked “Donde esta?”. Porthos scowled under his bushy eyebrows. I do not think he was amused. In fact I thought he would challenge me to a duel. Sadly, I am not as well versed in the art of fencing or musketeering so I would have had to make a very feeble excuse to decline! Phew I lived to see another day. All for one and one for all!

Stay tuned for another episode…