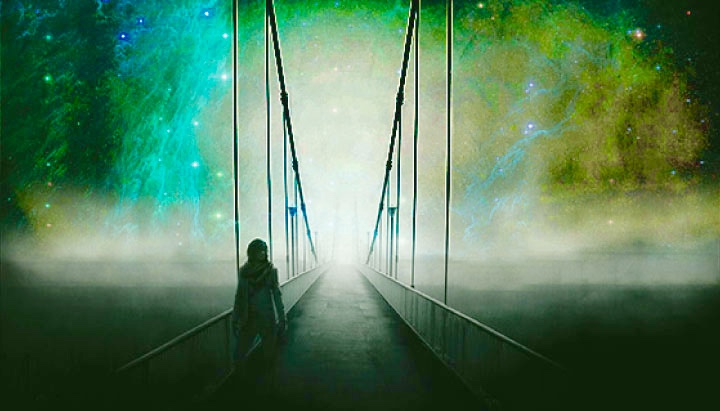 Being on the boat during the last nine months has given me plenty of time to think and reflect. I have been doing a lot of pondering lately about past life memories and I jot down a few thoughts here in case any resonate with you also.

A strange thing happened in the Oakwood of Witches.

It was early morning on day three of my pilgrimage along the Camino Frances route of the Camino de Santiago, also known as the Way of St. James. I had just left the albergue in Roncesvalles and ambled up the road to enter the Oakwood of Witches.

With every footfall upon the layer of damp, leaf mould covering the Camino trail I became uneasy. The heavy earthy scent of the woodland floor assailed my nostrils. I felt my pulse and heart rates quicken and my breathing became shorter and more rapid. I shivered. A light, electrical impulse raced up and down my spine and along my arms. The hairs on the back of my neck prickled with static.

Forest bathing is supposed to make you feel better, right? How come I was not OK? The psychic, sentient part of my being started to send me notifications. I jumped at the slightest crackle of pilgrim boots on twigs, my mouth became dry and an angry bat was going nuts in my solar plexus.

Soon the woodland path opened out into a clearing, where there was a cross on the left-hand side. I shuddered again and my discomfort increased. According to my Camino guidebook, this cross was used as a symbol to protect pilgrims from dark forces i.e. witches.

A small placard next to the cross, revealed that nine women had been “taken at the stake” – which was a sanitised version of the true history when these women were captured, accused of practicing witchcraft, tortured and burned at the stake.

My intuitive side had somehow tuned into this tragic and oppressive scenario before I reached the cross. It was almost as though I had been there, one moment in time.

I dream a lot. I am not convinced that one falls completely unconscious when sleeping. In my dreamworlds, I often experience similar sensations as though I have actually been in the places I am dreaming about. They are so familiar and tangible and I wonder if through them, I receive messages from the past.  My subconscious and physical body have remembered something, a faint impression of a situation or event but my conscious thought cannot recall in detail.

When I lucid dream (and this happens ever more frequently these days…perhaps it is being on the ocean) I go to places that feel familiar to me, even though I am pretty sure I have not visited them in this current lifetime.

Over the years I have developed an irrational repulsion to dramas and films that portray women in history, who have been imprisoned and executed either by beheading or burned at the stake. When I have watched these unfold on the screen I feel my palms becoming sweaty, a churning in my solar plexus, which intensifies almost to panic status and a strong urge to escape. So much so that I have to turn away from the programme, leave the room and/or switch off the TV. The emotions raised often linger for hours afterwards.

Sounds weird right? Now, you might put this down to having a sensitive disposition, but I can happily watch other types of disturbing scenes in films or dramas without experiencing the sensations I have described.

Four theories about past lives

Reflecting on these strange experiences, I turn over four theories about past lives in my mind:

Interestingly, I don’t think any of the above are mutually exclusive and past life memories could be any or all of these and more.

What do you think?

Regardless of the source of these past life memories, I do believe that they can teach us a lot if we pay attention. The important thing is to be mindful and discern the lessons they reveal.